Understanding and Mourning Your Anger Over Gun Violence 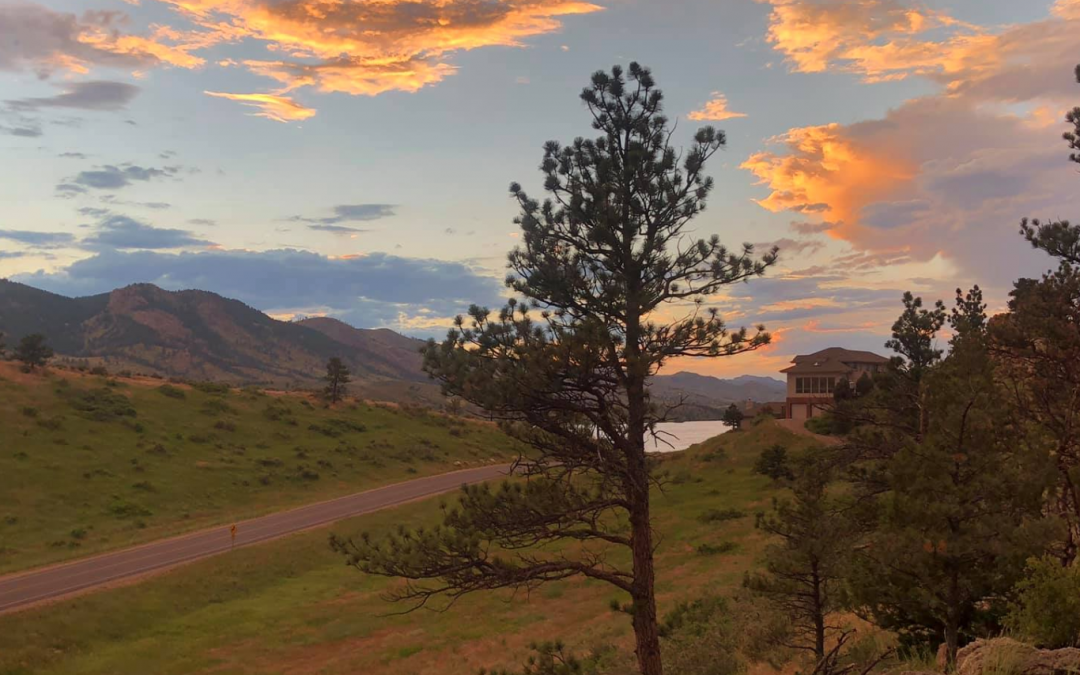 Understanding and Mourning Your Anger Over Gun Violence

Since 35 people were killed in mass shootings in Buffalo, Uvalde, and Tulsa in the past few weeks, I’ve been fielding calls, emails, and texts from journalists, colleagues, friends, and family. What they—and probably, to some degree, you—are experiencing in the aftermath of these deaths is traumatic grief. Traumatic grief is normal grief that has the added component of intense symptoms caused by the violent nature of the incident itself. Traumatic grief typically includes many heightened emotions, but one of the most pronounced is often anger.

Almost everyone I’ve heard from is angry about these recent shootings. More broadly, they’re furious about gun violence in America. I believe I’m a responsible gun owner – and I realize I’m treading on controversial territory here – but I can’t take it anymore. Providing support to the funeral directors who had to remove the precious children’s bodies from the school in Uvalde has put me over the edge. I can no longer tolerate or stay silent in the face of mass murder of children, teachers, movie-goers, grocery-shoppers, and those attending worship services.

Our country is an outlier, you see. Every day more than 100 Americans die by gun violence, and another 200 visit the emergency room for firearm injuries. The firearm homicide rate in the U.S. is 25 times higher than in other high-income countries, and the firearm suicide rate is ten times higher. Among young people over the age of one, 15 percent of American children who die each year are killed by gun violence—a much higher rate than in peer countries. In fact, guns are now the single leading cause of death among U.S. children and adolescents, surpassing motor vehicle crashes for the first time.

Obviously, as we reflect on these realities, we as Americans have much to be appropriately angry about. So let’s talk about our gun violence anger and how to mourn it.

While anger, rage, and blame in grief can feel unpleasant and sometimes even scary, they’re normal human emotions. It’s important to understand that anger is a form of protest. When we don’t like something that’s happened, especially if we think it’s unfair, we naturally get mad. It’s built into our biology.

Children are often our best teachers about grief. Think of the toddler whose favorite toy is yanked out of their hands. This toddler wants the toy; when it’s taken, their instinctive reaction is to scream or cry or hit. When something we care about is taken from us—in this case, our sense of national pride, public safety, and the safety of the most vulnerable among us, our children—our instinctive reaction may be much the same. We protest by getting angry.

Relatedly, the explosive emotions are rooted in the concept of fairness. Whenever we believe that something “should be” a certain way, we often feel angry if it doesn’t turn out that way. Again, our anger is in protest to what we perceive as an injustice. It’s an emotion based on our expectations and understanding of social norms. If a child is shot and killed, we understandably feel that the death is unfair. Young people should not die. We might rage over this injustice. I have heard a lot of people raging since the Uvalde massacre.

Explosive emotions like anger tend to feel active and powerful. When we’re angry, we’re riled up. We’ve got righteousness in our corner, and we’re fixing for a fight. And if we act out in anger, we may feel like we’re at least “doing something.”

Similarly, anger may give us a false sense of control over things that are not in our control. It’s often (but not always) outward-directed. It focuses on other people and situations, and it tries to tell them what they should have done, what they should do, and how they should be. This is part of the power construct of anger.

The utility of anger

Anger exists. Accepting it as a normal human emotion is the first step toward mourning it.

But anger is also functional. As a “fight” response to an immediate threat, anger’s evolutionary purpose is to spur us to respond aggressively when we need to, in the here and now, in order to save our life or the lives of those we love. In the modern world, we rarely have to fight for our lives, but still, anger can move us to take necessary action. If we use anger to motivate us toward effective problem solving, for example, we’re putting the evolutionary utility of anger to good use.

In grief, anger is a bit like the numbness and denial we naturally experience right after a loss. In the early days, numbness and denial protect us from the full force of what happened, allowing us to absorb the reality slowly over time. In fact, I often call them the shock absorbers of grief. They help us survive. Similarly, after a traumatic loss our anger often protects us from our more helpless, painful feelings, like fear, guilt, and sadness. In fact, I often call the explosive emotions “survival-oriented protest.”

So we can honor and thank our anger—for a time. Just as we must work to soften our numbness and denial in grief, we must also work to soften our anger, so that we can fully encounter the necessary pain it has done such a good job of guarding us against.

The dangers of anger

While anger can feel powerful, active, and even good, it’s not meant to be an emotion that your body sustains for a long period of time. Evolutionarily, it’s meant to give you a quick burst of energy. When anger is prolonged, on the other hand, it stresses the body. Studies have shown strong correlations between anger and high blood pressure, stroke, heart disease, and a weakened immune system. Anger makes people sick, and it even kills them.

In the emotional arena, scientists have found that anger is linked to anxiety and depression. Again, anger is a normal human emotion, but feeling angry all the time is not normal. A tendency toward volatile, angry outbursts is also physically, emotionally, and socially damaging.

Spiritually, wrestling with anger is largely about wrestling with the big “whys” of human existence. Why do bad things have to happen? Why are we here? In this way, anger and spirituality may naturally go hand-in-hand. But over the long term, ongoing, unrelenting anger can also get in the way of spiritual experiences like awe, gratitude, and joy.

To reiterate, it’s normal to be angry about gun violence in America. Our anger is a natural symptom of our grief. We shouldn’t live in a constant, ongoing state of anger, however, because it’s bad for our bodies, our minds, and our spirits.

But in the case of gun violence, we can also take the naturally active nature of anger and use it to effect change. This is a key component of the utility of anger. When we use our normal anger to do something about a problem, we’re both mourning and helping craft progress. We’re using our anger as fuel to prevent at least some unnecessary future loss and grief.

Those of us who are angry about gun violence can now use our anger as fuel to create positive change. I encourage you to educate yourself about the options and support those you learn are likely to be most effective. Not only can your advocacy make a difference, it can help heal your personal anger.

If you’re angry about the Uvalde massacre and the 266 other mass shootings in America this year (as of June 15, 2022), you’re not alone. My hope is that understanding and even embracing your anger over gun violence will not only help you mourn and integrate your normal and necessary grief, it can also help our country find a safer, less violent way forward.

Dr. Alan Wolfelt is recognized as one of North America’s leading death educators and grief counselors. His books on grief for both caregivers and grieving people have sold more than a million copies worldwide and are translated into many languages. He is founder and director of the Center for Loss and Life Transition and is a past recipient of the Association of Death Education and Counseling’s Death Educator Award. Contact him at 970-217-7069, drwolfelt@centerforloss.com or centerforloss.com. 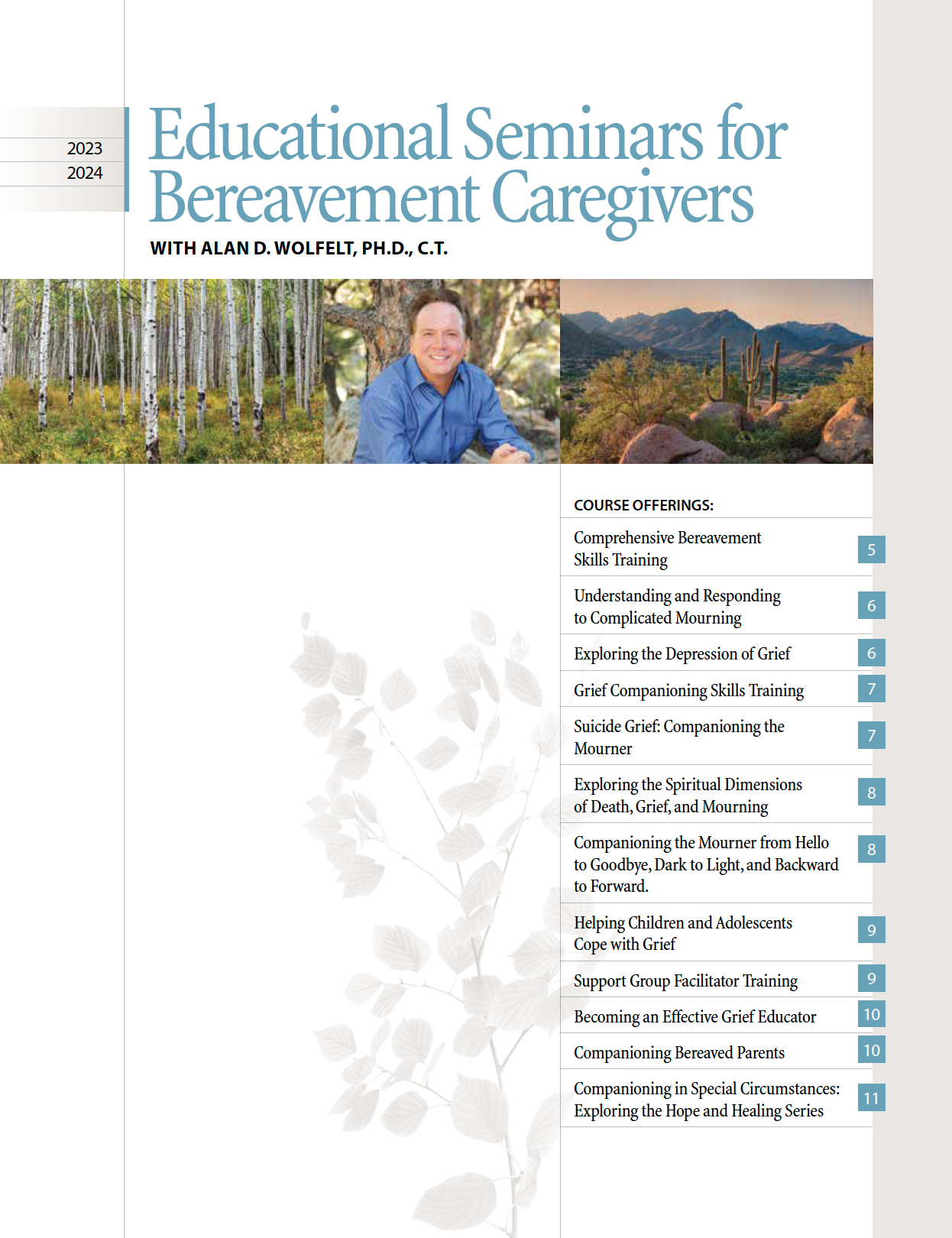